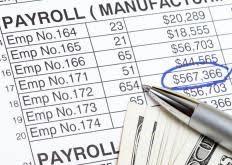 A former Caltex franchisee and its Director were both fined for poor record-keeping and inadequate pay slips. The franchisee was fined $80,190 and the Director was fined an additional $16,038 by Australia's Fair Work Ombudsman.

The penalties related to serious breaches of the watchdog's record-keeping laws. The store was investigated over allegations the franchisee had underpaid six international workers, but on investigation, the documents provided to the Ombudsman did not accurately reflect the wage rates the company had paid to the employees. The workplace watchdog then requested further information from the company's accountant, superannuation fund and bank which did not match up with the information originally provided to the Ombudsman and the company was then taken to court over alleged falsification of records. The Federal Circuit Court Justice Alexander Street found them guilty in June 2018.

A lack of consistent records available to the Ombudsman meant the regulator was unable to determine if allegations that workers at the franchise were being paid just $12 an hour were correct. The Fair Work Ombudsman said in a statement that if the same breaches occurred today, the penalties could be significantly higher thanks to legislation that was passed in September 2017 aimed at protecting vulnerable workers. The changes to the Fair Work Act significantly increased penalties, up to 10 times, for failing to keep records and introduced a reverse onus of proof on employers who fail to meet record-keeping or payslip obligations.

The Fair Work Ombudsman, Natalie James said, "Financial penalties for failing to keep records and issue pay slips have significantly increased and any unscrupulous employer that frustrates a Fair Work Ombudsman time-and-wages investigation by using false records can now face prosecution in criminal court". Clearly this case reinforces the importance of record-keeping and the focus the courts and Fair Work Ombudsman place on payroll record keeping. It also highlights the fact that if you don't have your records in order, the risk is increased substantially with the new legislation.

If you have any concerns about the level of wages you are paying your staff or need some assistance with your record keeping, contact us today.

This article forms part of our September 2018 Business Accelerator Magazine. Click HERE to download the full edition or browse other articles in this edition below:

Other Articles in this Edition:

IMPORTANT DISCLAIMER: This article contains general advice only and is prepared without taking into account your particular objectives, financial circumstances and needs. The information provided is not a substitute for legal, tax and financial product advice. Before making any decision based on this information, you should speak to a licensed financial advisor who should assess its relevance to your individual circumstances. While the firm believes the information is accurate, no warranty is given as to its accuracy and persons who rely on this information do so at their own risk. The information provided in this article is not considered financial product advice for the purposes of the Corporations Act 2001. 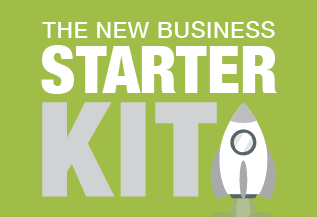